Showing posts from April, 2009
Show all

April 29, 2009
There's a little corner store across the street from my house that's currently called D & D Market. It opened when I was in elementary school, under the name Prince Spa. The original owners did a great job and it was a popular neighborhood hangout. They owned the store for over a decade before finally selling it. Since then, it has changed hands three times. I actually considered purchasing the location, if for no other reason than being able to call it The Spa Formerly Known as Prince, but quickly realized that no part of me wanted to wake up at five in the morning and make small talk with strangers all day. After making a purchase, oh, five minutes ago, I realized that the last three owners have something in common: they all talk on the phone while working behind the register. This raises two questions for me: 1. When did it become acceptable to talk on the phone while at work? D & D Market (what an unclever name) isn't the only place I've observed this
Post a Comment
Read more 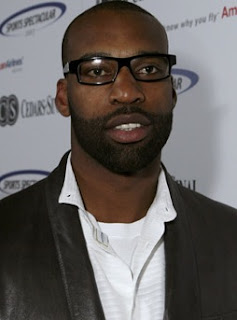 As my friend G-Unit so aptly put it, there was "a fairly major oversight" on my part. I blame this partially on the fact that the Warriors are a terrible team that plays no defense and has a center who gels his hair, but mostly on myself for having no clue what Black Thought looked like. My bad. On a related note, many people in the sports world refer to the first person as B Diddy. I refuse to further such idiocy. So without further ado: Baron Davis & Black Thought
1 comment
Read more 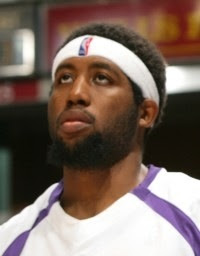 Like any other graduate of Cambridge Rindge & Latin, one of my favorite things to do is play the Fake game. The rules are quite simple: find someone who looks like one of your close friends, and berate said friend about it over the course of the next several weeks. The game can also be played with people you've never met before in your life. The only difference being that they unfortunately won't be aware of your mocking. I enjoy playing Fake while watching the NBA. Here's a small sampling: John Salmons & Wesley Snipes Kyle Korker & Ashton Kutcher ...and of course, separated at birth, Stan Van Gundy & Ron Jeremy
Post a Comment
Read more

April 25, 2009
For everyone who grew up drinking 40s, this is the website for you: 40 Ounces of Fury . They are missing a few of the classics, but we all know malt liquor can do that to a person.
Post a Comment
Read more

Since I realize many of you don't have ESPN on for 6 hours a day, or at all, I'm posting this commercial for your viewing pleasure. I don't think it gets much play on any other channels, which is really unfortunate. I'm not specifically a Phillies or Jimmy Rollins fan...or I should say I wasn't until I saw this:
1 comment
Read more

April 18, 2009
There are few things I encounter on a daily basis that make less sense to me than the fact that cars have to yield to pedestrians. The least efficient parts of driving are starting and stopping; times when the most fuel is consumed and emissions are at their highest. This is what happens every time a car has to yield to a pedestrian. And the effect ripples through every other car in the line, compounding the already harmful repercussions. As it turns out, people are much easier to power. Not only that, but they're more resilient when it comes to changes in ambulation (jury duty word). Whether a person can walk for 10 minutes staight or has to stop every 50 feet, it's unlikely that their diet will need to be augmented. Nor would their "emissions" would be effected. Compounding doesn't apply to people either. Having one person or ten people waiting to cross a street will have a negligible impact on food intake. On the other hand, ten cars idling while some idiot i
1 comment
Read more

As just about everyone knows, I have a not-so-secret love of girly hip hop (or what some people might call, baby makin' music). I don't try to deny it or make excuses, I just accept it. Darlene would always listen to this kind of music when I was growing up, and still does to this day, so I guess it eventually rubbed off on me. This is yet another great example of why I enjoy being big, 'cause you certainly wouldn't catch me singing along to Kiss Me Thru The Phone if I was 5'6". Which brings me to the point, my first inaugural Favorite Girly Hip Hop Song of the Moment: Krys Ivory - Next 2 Ya (feat. Ryan Leslie) And in order to redeem some credibility for my manhood, the concurrent first inaugural Hot Beat to Blast (I don't like most of Immortal Technique's songs, but this one is sick): Immortal Technique - Mistakes Enjoy.
Post a Comment
Read more

April 05, 2009
It's amazing how popular fantasy sports have become. There's baseball, football, basketball...and, believe it or not, even hockey (although they have trouble setting up their head-to-head league since only 7 people play). The obvious logical next step is Fantasy Life. Instead of athletes you would draft from a pool of ordinary people, such as friends and co-workers. Points are awarded for positive activities, like promotions, winning pick-up basketball games, and of course, getting laid. Conversely, negative activities like being fired, receiving a DUI, and getting dumped would result in points being taken away. Whatever team has accumulated the most points after 4 months wins. Anyone who says they wouldn't play this game is a liar.
Post a Comment
Read more

April 05, 2009
Supposedly the guy from Survivorman (Les Stroud) is more badass than Bear Grylls because he's not followed by a video crew. Instead, he complains constantly about the extra burden that filming himself puts on the trip. If he's going to bitch and moan the whole time they should just call the show Man vs. Camera Equipment.
Post a Comment
Read more

April 04, 2009
Did you know that The New York Times owns The Boston Globe? I didn't until this morning. Something about this seems fundamentally wrong to me. Worst of all, the Times is threatening to close the Globe if its unions don't accept massive concessions. Isn't New York the city with a newspaper surplus? Imagine if the Patriots owned the Giants and said they were going to dissolve the franchise if every Giants' player didn't take a 50% pay cut. I'm pretty sure that wouldn't fly...but I certainly wouldn't be complaining about it. Link to the story: courtesy of Boston.com .
Post a Comment
Read more

April 03, 2009
My boss sent me this article a couple of weeks ago. Check it out, hilarity guaranteed: Blue Line Jumps 11 Percent .
Post a Comment
Read more 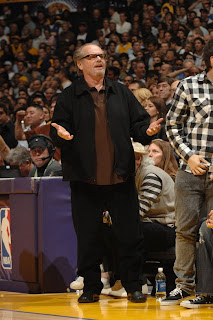 Chad and I were sitting third row behind the Celtics bench when they were playing the Clippers on March 23. The seats were great. I could hear Doc Rivers and appreciate all 6'11" of Kevin Garnett. Nice. A couple guys around our age were sitting behind us. Those were clearly some pretty sweet seats as well, given that they were a mere one row back. With 2:24 left in the first quarter Kendrick Perkins got called for defensive three seconds (as he is wont to do). After Eric Gordon missed the free throw one of the guys behind us said, "I didn't know it was only one shot." Come on. You should not be allowed to sit that close to a team that good if you don't truly appreciate the game. I don't intend to sound like a basketball snob (even if I am), but this is a simple rule that's observed throughout the course of just about every game. At that moment it became clear that he was sitting in a Wasted Seat. Wasted Seats exist at every sporting event, b
Post a Comment
Read more
More posts