Showing posts from March, 2009
Show all

March 30, 2009
Have you ever noticed how slicing an apple into pieces makes it taste better? Weird.
Post a Comment
Read more

March 29, 2009
From this day henceforth I will be referring to robes as reverse Snuggies.
Post a Comment
Read more

March 19, 2009
I suck at multitasking. If I'm typing something on the computer it's physically and mentally impossible for me to have a conversation at the same time. And don't even get me started with trying to read in a room where people are talking; it would take me days to get through Goodnight Moon. Now Obama, I bet he's a great multitasker. It's hard enough to manage a hectic schedule of constant self and political party promotion (no alliteration intended) on the campaign trail, and he was able to garner more support than any president in history. Yesterday, Obama revealed his NCAA men's basketball tournament picks in an interview that was aired on ESPN. Today, there was fallout. People wrote in to their local newspapers and called up their local NPR stations to complain about this glaring misappropriation of Federal time. Apparently Obama has the power to fix the economy all by himself. People think he should be spending every second of every day actively making ch
Post a Comment
Read more

March 12, 2009
There's a hair salon in Harvard Square called Plan B . Now maybe it's just me, but I don't think that's the best name for a supposedly high-end establishment. Or any business for that matter. At best, it's being advertised as a fallback if your first choice isn't available. At worst, well, let's just say I wouldn't call it "The Morning After Salon" either.
Post a Comment
Read more 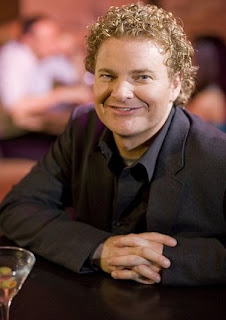 Apparently there's a dating advice show on FLN (Fine Living Network, but I'm sure you already knew that) called Wingman. When I saw the host on the commercial I thought it was a joke, and you can see why: Unfortunately, it's not
Post a Comment
Read more

March 10, 2009
I was driving by Boston's very own Arnold Arboretum the other day and came upon a red light. While waiting for it to turn green I saw a sign that read, "SIGNALS TIMED TO REQUIRE FREQUENT STOPS." You know what I have to say to that? F you. Why rub it in? That'd be like me walking down the street, getting punched in the face, then noticing a sign on the building that said, "CHUCK NORRIS INTENTIONALLY HIRED TO KNOCK YOU ON YOUR ASS." Bastards.
Post a Comment
Read more

March 03, 2009
While visiting a client at 500 Boylston this afternoon I found out that it's the building where Boston Legal supposedly takes place. I did think it was a sick building. Apparently the characters smoke cigars on a nice little patio. I would have liked a cigar, if it was warmer...and I was in a crappy fictional TV show. In other news, I figured out that parking garages must have one of the greatest profitability to simplicity ratios out there. Don't worry if you're not familiar with that ratio, 'cause I just made it up. It's pretty self-explanatory through. Anyway, I was in the building for under two hours and paid $18. No one even had to do anything during those two hours, except me of course. Now the real question is, how do you go about buying underground land?
Post a Comment
Read more

March 01, 2009
Here's an excerpt from tonight's "Winter Storm Warning for Southeast Middlesex County, MA" (courtesy of http://www.weather.com/): "SIX TO 12 INCHES IS FORECAST FOR SOUTH CENTRAL NEW HAMPSHIRE WITH 5 TO 10 INCHES IN THE CONNECTICUT RIVER VALLEY. THE JACKPOT... 10 TO 15 INCHES... WILL PILE UP IN THE HEAVILY POPULATED BOSTON PROVIDENCE INTERSTATE 95 CORRIDOR... WESTWARD INTO NORTHEAST CONNECTICUT AND NORTHWARD THROUGH WORCESTER COUNTY INTO THE MERRIMACK VALLEY OF NORTHEAST MASSACHUSETTS." Jackpot? Who do they have writing these things? Quagmire?
Post a Comment
Read more
More posts