What's Wrong With This Picture?

June 20, 2010
Below is a car that parks outside my house all the time. Actually, that's a generous use of the word "car." Crapbox is a much better description. In fact, the only reason I know it's not abandoned is that I occasionally see it parked across the street, rather than around the corner. But I digress.

Like the title says, what's wrong with this picture? 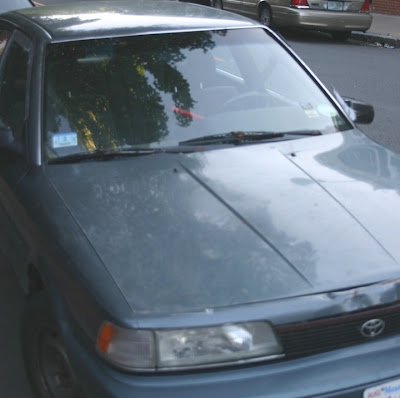 I know what you're thinking: "Jawann, is it the passenger's side window all sealed up with duct tape?"
"Maybe the driver's side mirror that's hanging on by a thread?"
You see that red thing peaking through the windshield? You know what that is? It's...The Club.

That's right, not only is the owner delusional enough to think The Club is an effective method of deterring auto thieves, but they think someone might actually want to steal their ride. While the 1980 Volkswagen Vanagon that also parks nearby is no Maybach, I'm pretty sure the only thing they have to worry about is a tow truck. 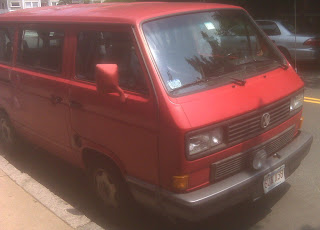 Although maybe it's the right idea...that duct tape certainly isn't keeping anyone out.
Observation